A Matter of Solar Energy

A Matter Of Solar Energy Fabric 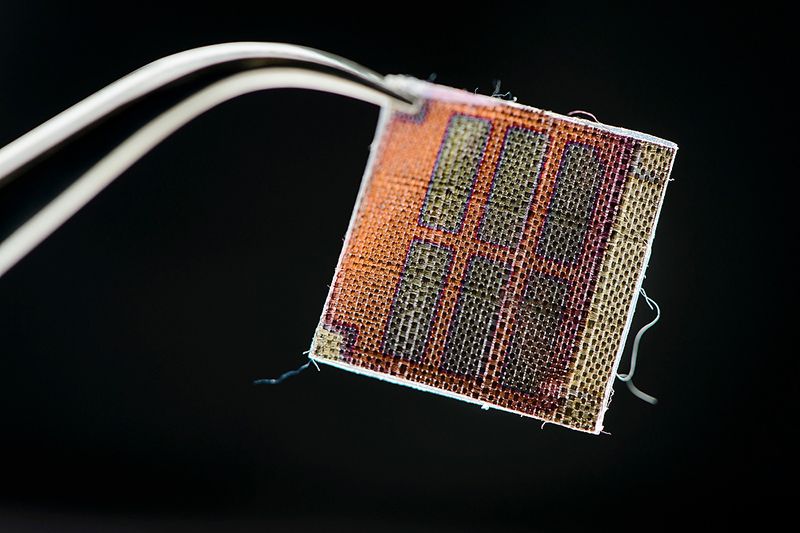 Flexible solar cells come in rolls that can be cut and attached with lamination and other techniques to just about any fabric. Any fabric configuration, then—including permanent and semi-permanent structures—can be a mini-power plant without ugly, bulky rectangular solar panels on display. And that’s why the leadership team at Pvilion, along with those at Cooley Group in Pawtucket, R.I., and The Solar Cloth Company in the U.K., is so excited about the future.

The Cooley Group has been more cautious, devoting only one of its three divisions to flexible solar fabrics. “We’re not betting the company on one technology,” says Dan Dwight, Cooley Group’s president and CEO, but he thinks flexible solar fabric can be everywhere. “The building I’m now in is baking in the sun. Why shouldn’t we collect and use that energy with a solar-covered membrane?”

These companies are confident that they can attract customers right now. According to Dwight, “It was interest from customers using solar that led us to create a new division for Cooley Group.” These customers wanted solar power as part of their structures, and flexible fabrics expanded their options. Touhey says that Pvilion has had the same experience. “We have orders in the pipeline from companies eager to incorporate solar into their structures without using bulky rectangular panels.”

There is also a growing international segment of customers—mostly government entities—that want to cover water reservoirs with solar fabric so that energy can be generated while evaporation is prevented, says Dwight. Some covers could be as large as 1.5 million square feet, generating megawatts of electricity each day. Many governments also have mandates to generate renewable energy, which create additional opportunities for flexible solar cloth companies. According to Perry Carroll, founder and CEO of The Solar Cloth Company, this could mean a project that involves covering a country’s embassy parking lots around the world.