The Fabric Of Nanotechnology

When you think of futuristic clothing, you probably imagine lots of metallics, holographic accents, and textures. In fact, the sci-fi imagery that springs to mind is coming back into fashion, as evidenced by some recent runway trends (Figure 1).

While we can’t say for certain what the fashion of the future will look like, many of us hope that clothing a few years from now will have some greatly enhanced function, making use of science to create cleaner, safer textiles. One way to achieve these goals is to use nanotechnology to do things like kill bacteria or remove dirt.

Nanotechnology in the clothing industry is not a new phenomenon. Beginning in the mid-2000s, many clothing companies started incorporating silver nanoparticles into their products. Silver nanoparticles are antimicrobial, which means they kill the bacteria that cause bad odors. By including these nanoparticles in fabric to prevent odor, the resulting clothes need to be washed less frequently. These nano-infused items range from socks to t-shirts and are still popular today.1 To learn more about the environmental implications of silver-nanoparticle impregnated fabric, visit our previous blog post here.

There is a lot more new technology beyond antimicrobial nanoparticles coming from the field of nano-fabrics. Other desirable clothing characteristics that could be achieved with nanotechnology include self-cleaning fabrics, water-repelling textiles, and clothing that can reduce odors by chemically changing the compounds that cause bad odor.2 These innovations would take advantage of nano- specific properties, particularly the high surface area per volume ratio of nano-sized materials that increase the exposure of active surfaces to the surrounding environment.

Some of these more futuristic-sounding features are already in development. Recently, fabrics coated with silver and copper nanomaterials were produced that can degrade organic matter, such as food and dirt, upon exposure to the sun. These nanomaterials absorb visible light, producing high energy “hot” electrons that can break down surrounding organic matter. The nano features are helpful because the increased surface area of silver or copper metal drastically increases surface-exposed sites that can form the “hot” electrons to help break down food and dirt.2,3 Incorporating these nanomaterials could thus help create clothes that clean themselves!

Nanotechnology can also be harnessed to produce water-repelling, or hydrophobic, materials. This application draws its inspiration from nature: many plants have foliage that is hydrophobic because of nano-scale structures on the leaves. You can observe water-repelling plant leaves on a dewy summer morning. Water droplets on a leaf tend to ball up into spheres instead of being absorbed into the surface (Figure 3). This phenomenon is called the “lotus effect” because it is especially potent for the leaves of the lotus plant.

The hydrophobicity of the lotus leaf also makes it self-cleaning; dirt that initially sticks to the leaf surface is often washed away by beads of water that roll off the plant due to its hydrophobicity (Figure 4).4 After studying the physical structure of lotus leaves, researchers understand that their superhydrophobic nature is partially due to the presence of nanostructures, which create a rough surface that repels water.4

Researchers are working to exploit the lotus effect to create artificial superhydrophobic fabrics. Imagine how convenient it would be if rain was completely repelled by your umbrella, to the point that you could wrap it up when you get inside- no having to shake it off or leave it open to dry! New nanofabrics can do just this because they contain patterned nano-silicone spikes. Silicone is naturally water resistant, and the use of nano-sized patterns makes the material even more hydrophobic. When a water droplet comes into contact with the surface of these materials, it balls up and slides off instead of being absorbed.5

Nanotechnology can also be used to chemically target and eliminate odor-causing molecules. Whereas the silver nanoparticles mentioned earlier prevent odor formation by killing bacteria, a second generation of odor-busting nanoparticles work by chemically targeting and modifying stinky compounds. Whereas things like fabric or room sprays merely mask odor, fabrics modified with these new nanomaterials could break down the source of the odor, making them better and more efficient at deodorizing. One group of researchers found that copper coated silica nanoparticles were effective at eliminating odor arising from ethyl mercaptan, which is a stinky chemical typically added to petroleum gas (which is odorless) to enable us to smell gas leaks. Interacting with the copper-silica nanoparticles modifies the ethyl mercaptan molecules and binds them to the surface of the particles, so there is less ethyl mercaptan left to smell bad.6 This second generation of odor-reducing nanoparticles may be more environmentally sound than antimicrobial silver, because the mechanism of odor elimination is targeted towards specific compounds as opposed to general bacterial toxicity.

So, will nano-fabrics be the future of clothing, enabling us to all have self-cleaning, water-resistant clothes that we only have to wash a few times a year? Only time will tell. The field of nano-fabrics is still very much in its infancy and it still faces some challenges. For example, washing clothes that contain antimicrobial silver releases nanoparticles into the waste water, giving them a limited effective lifetime as the nanomaterial washes out. Perhaps more important is the potential environmental risk of this nanoparticle release into the environment, which has incited continued debate and controversy, as metal nanoparticles can dissolve into toxic ions when exposed to environmental conditions.7,8 Newer nanofabric technologies may carry their own concerns, which have not yet been thoroughly studied. However, the potential benefits of nano-enhanced fabrics makes their use worth exploration. And with continued scientific advancement that will allow us to address environmental concerns, this sector of nanotechnology can only continue to grow.

A BETTER WAY TO SOLVE PROBLEMS AT IDEA CONNECTIONS

A BETTER WAY TO SOLVE PROBLEMS With the highest solve rate in the industry, Idea Connections multidisciplinary teams of hand-picked experts develop solutions to your 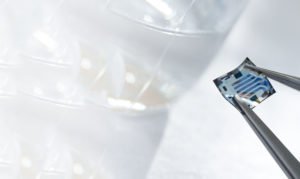 Solar photovoltaic technologies What we need is a cell that performs just as well but is thinner, flexible, lightweight, and easier to transport and install. 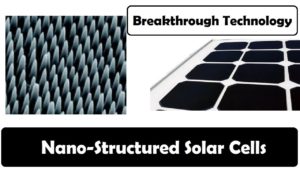 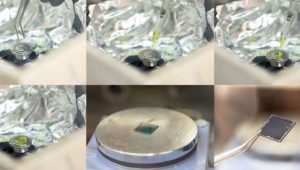 Solar cell performance and stability depend on the morphology of the thin films, especially their ability to crystallize in the so-called photoactive α-phase. Perovskites containing